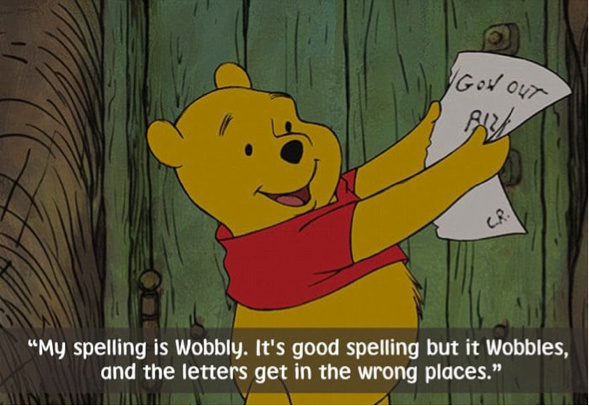 Over the past several months I have been trying to de-clutter at home. Boxes of clothing, toys, books, and paper all hold dear memories, but the time has come to “let it go.” This past weekend, I went through a stack of old newspapers I had saved: Pope Benedict’s and Pope Francis’ elevation to the papacy, the Green Bay Packers Super Bowl win, and the killing of Sadaam Hussein were a few of the preserved memories. On the cover of one of the newspapers from 1990 was an ad promoting a Chamber of Commerce “Spelling Bee,” with proceeds from the event going to a local library. The article reminded me of a similar competition I had participated in as an adult: my team correctly spelled the winning word – klister (which is the wax you put on the bottom of skis).

With the availability of Spell-Check and Grammarly, it has seemingly become less and less important to emphasize correct spelling, and why should we subject students to rote memorization when our emphasis should be on problem solving and critical thinking? Actually, there is great value in knowing how to correctly spell words, as well as understanding the etymology (origin) of words, including their roots, prefixes, and suffixes. Students who target their spelling not only increase their vocabulary but also strengthen cognitive abilities and learning strategies; and students who gain competency over vocabulary are better equipped to excel at writing and reading across a wide range of texts.

Spelling Bees are thought to have originated in the U.S. in the mid- to late 1800’s as a way to motivate students to learn standardized spelling. This was in response to Noah Webster’s Blue Back Speller, published in 1783, which revolutionized education in our illiterate nation. In 1908, the National Education Association (NEA) held its first National Spelling Bee in Cleveland. It transformed into the Annual National Spelling Bee in 1925, and in 1941, the Scripps Howard News Service acquired sponsorship of the program which continues to this day as the Scripps National Spelling Bee. The popularity of the event has circled the globe, and countries in Asia, Africa, and the Middle East conduct similar competitions to help their youngsters learn English.

St. Michael’s School participates in this event every year, sending a student to the San Diego Union-Tribune Countywide Spelling Bee. In 2014, SMS 8th grader Allison Grygar was the San Diego County champion and had the chance to compete in the National Bee in Washington, D.C. This year, 7th grader Emma Akkarakaran will begin by representing SMS at the county competition. We wish her well as she diligently prepares for the challenge.

The focus of St. Michael’s School is to educate the whole child – that means we help our students grow as critical thinkers, problem solvers, artists, musicians, athletes, servants, public speakers, AND SPELLERS!