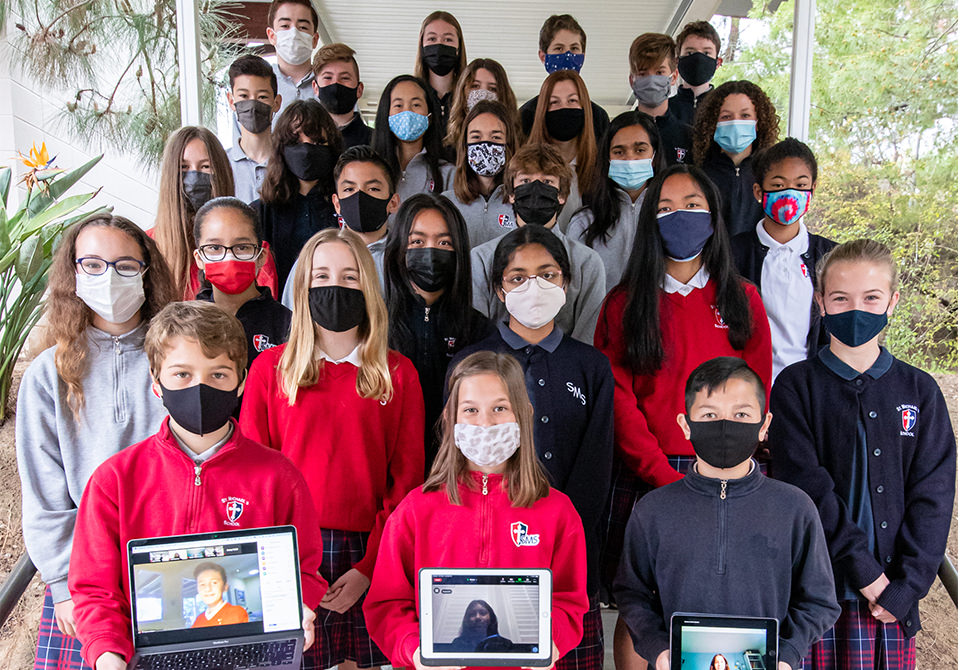 St. Michael’s School students once again have demonstrated their ability to adapt to a new style of learning and excel. Every year, since 1955, students across San Diego County have showcased their science and engineering projects at the Greater San Diego Science and Engineering Fair. This year, thirty-one schools participated in the two-day event at the Junior Division (middle and elementary school). Of the over 300 applications, 179 were selected to compete, and 35 were from our school! Student exhibitors submitted their notebook, a judging slide deck and video, and were then interviewed virtually by teams of judges.

Our students presented their designs with skill and confidence. At the end of judging, a total of 89 projects qualified for the California Science and Engineering Fair (CSEF) and 28 projects were nominated to Broadcom MASTERS (national competition). Five of our students were among those who will be going on to the State competition. In addition, three of these students will also represent SMS at the National competition.

Finally, we take great pride in congratulating our seventh and eighth-grade science teacher, June Poling, who received the prestigious Arthur Friedman Memorial Teacher of the Year Award. Only one Junior Division award is granted each year, and June was selected from the 34 teachers/advisors.