With Jesus Christ as our model, St. Michael’s School guides students to grow in faith, knowledge, and character, preparing them to be active members in the Church and in our community.

With Jesus Christ as our model, St. Michael’s School guides students to grow in faith, knowledge, and character, preparing them to be active members in the Church and in our community.

The students of St. Michael’s School learn in a Christ-centered environment that fosters the formation and growth of the whole child. In dynamic partnership with parents as primary educators, students are valued and appreciated for their unique gifts and talents and are encouraged to grow and develop spiritually, morally, intellectually, physically, socially, and emotionally. 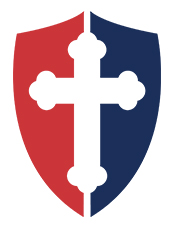 St. Michael’s School was founded by Reverend Michael Coughlan and staffed by the Sisters of St. Clare in 1964. It originally comprised grades 1 through 6; grades 7 and 8 were added in subsequent years. In 1971, the Sisters of Mercy assumed the role of staffing the school. Under the leadership of Sister Celestine Callaghan a Kindergarten class was added, a computer lab was created, and an Advisory Council was established.

In 2014, the last two Sisters of Mercy retired after serving the school for 37 years. There are no religious present at the school today.

Our second pastor, Monsignor Joseph Finnerty, joined St. Michael’s Parish in 1984, and in 1992, Mr. Jim Gase was appointed principal. Because of a growing student waiting list, the decision was made to expand the school by adding a second class to each grade. In 1997, a second Kindergarten was added, and a new class was added each subsequent year through 2005, when all grades, Kindergarten through eight, had double classes. Grades four through eight moved into a newly built facility, referred to as South Campus, in the spring of 2003. This facility houses 13 classrooms, a Science Lab, an Art room, a Library/Resource room, and is adjoined by a full-size sports field.  Due to increased demand in middle school, a third sixth grade class was added in the fall of 2013 and each year subsequently, so now grades 6-8 have triple classes.

In 2006, Mrs. Kathleen Mock was appointed as principal. Under her direction, St. Michael’s School launched a three- and four-year-old Preschool program in the fall of 2008, and added numerous co-curricular and extra-curricular offerings to enhance student learning. Monsignor Neal Dolan, the third pastor of St. Michael’s Parish, obtained land south of the school, and raised funds to build The Holy Family Center. Completed in March 2011, it houses an auditorium, stage, banquet kitchen, and meeting rooms, and is used by both the parish and the school for graduations, concerts, theater productions, retreats, conferences, adult education, and social gatherings.

St. Michael’s School remains grounded in a devotion to faith and commitment to service, which so aptly reflects the charism of the religious orders that provided its foundation. Signage for each of the 21 homerooms depicts the 21 Franciscan Missions, the beginnings of our Catholic faith in California. These markers serve as daily reminders of the Sisters of St. Clare and their affiliation with St. Francis. Our service group, Mercy Corps, in honor of the Sisters of Mercy, leads the school in service projects throughout the year, as we live out the Corporal and Spiritual Works of Mercy, as well as the seven themes of Catholic Social Teaching.